ABOUT THE ST. AUGUSTINE ART ASSOCIATION 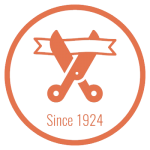 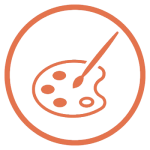 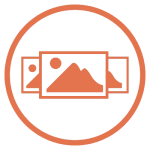 0
Works in the Permanent Collection 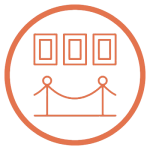 The St. Augustine Art Association is dedicated to promoting artistic excellence through exhibitions, educational programs and outreach, to fostering a creative and accessible environment for artists of all backgrounds and skill levels, to guiding the advancement of art in partnership with the community, and to preserving our rich artistic heritage.

St. Augustine, Florida has a rich artistic history, dating back centuries. From its earliest founding, artist Jacques LeMoyne was sent by the French king to document images of the New World. In the early 1800s, John James Audubon trod the wilds of North Florida classifying and painting the abundant wildlife. At the turn of the century, oil tycoon Henry Flagler enticed artists from New England to paint in his opulent Hotel Ponce de Leon studios for the enjoyment of his wealthy patrons.

The St. Augustine Art Association emerged as part of local art history in 1924, when Nina Hawkins, the first female editor of The St. Augustine Record, gathered together wintering artists and writers to form The Pen & Brush Club, which soon became “The Galleon Club.”

Miss Hawkins continued over the years to promote this St. Augustine group of artists through the local newspaper. Other charter members included photographer F. Victor Rahner, writers John and Georjina Jex, and painter John Parker. The Galleon Club went through several fits and starts over the next few years, until in 1931, Hildegarde Mueller-Uri and J. Dexter Phinney organized the Club with the intent to transform St. Augustine into a major winter art colony. They persuaded the City of St. Augustine to allow them to use the former Waterworks building in Davenport Park as a clubhouse and exhibition gallery.

When the Great Depression gripped the local economy, it was the successful ad campaign “Like Painting in Europe” launched by the artists and local businesses that drew flocks of artists to the Oldest City. The 1930’s and 40’s saw prominent artists moving to St. Augustine from up north like Nunzio Vayana, Edith Oliver, Louis Vogt, Bill Galpin, Tod Lindenmuth and his wife E.B. Warren, Anthony Thieme, Langston Moffett, and William and Lucy L’Engle.

In 1948, the club officially changed its name to the St. Augustine Art Association (STAAA). Membership was at an all-time high–over 500 members–and after moving around from one location to another over the years, it was time for the Art Association to build its own space. The land on Marine Street had been purchased by the organization in 1945 from Hildegarde Mueller-Uri’s parents and the building–what is now the main gallery–opened in February 1954.

Through the 60s, 70s, 80s and 90s, the STAAA continued to grow and expand exhibits, memberships and programs. It was incorporated as a non-profit and bylaws amended so that the property will always remain devoted to public charities with a preference for the arts. Despite some financial woes, the members and board directors were creative and held fundraisers like the Art-Mart, Beaux Arts Balls, workshops, concerts and performances. In 1998, thanks to funds donated by Joseph & Faith Tiberio, the building was expanded by the addition of the two wing galleries, allowing for more growth and space. In that same year a new source of funding became available, “The St. Augustine Art & Craft Festival.”

Today, St. Augustine is home to many art galleries and artists, ranging from amateurs and students to internationally acclaimed professionals. With its extensive Permanent Collection of important St. Augustine art, large active membership and ever-expanding exhibitions, programs and partnerships, the STAAA thrives and is recognized as the cultural epicenter of the local art community. 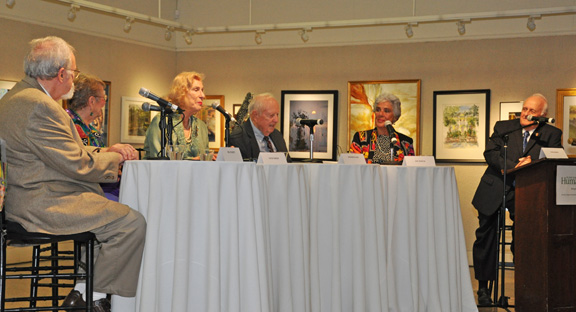 This symposium brought to life the people and personalities of St. Augustine’s mid-century art colony. The gathering featured local artists, historians and residents whose research, recollections and first-hand knowledge that shed light on the importance of this regional art movement. A figurative art exhibit with newly acquired and restored portraits complimented the discussion.
Thursday, April 7, 2011

Listen to the Symposium